Barbershopper of the Year (BOTY)

This year was won by Alex de Bruin. The nomination says

- Over the interregnum between CD’s and throughout the period of the lockdown, he has almost singlehandedly kept the musical side of the Chorus going. There were the Zoom sessions, the outdoor sessions and the initial back inside sessions. Alex prepared the sessions, provide recordings where necessary and conducted the rehearsals. Finally, whilst he was an applicant for the post of MD, he has accepted the decision to appoint Anne with good grace and has carried on with his work on the Committee and general support to the Chorus .He has also supported Anne during her initial period of familiarisation of the her role with the chorus 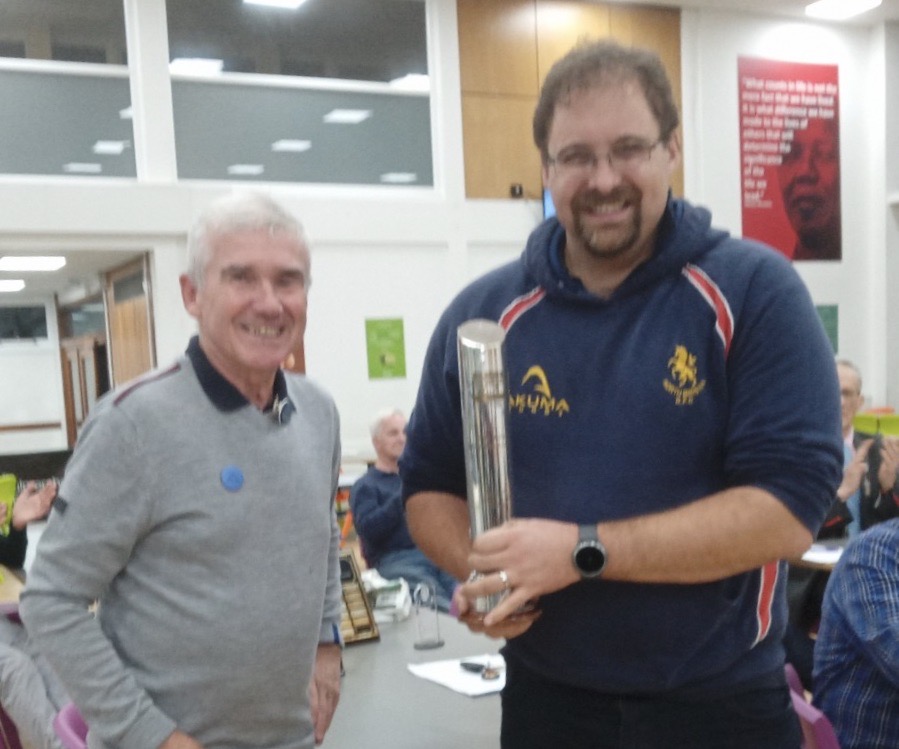 Other nominees were:-
a) Ian Dent for web-master role for many years
b) Martin Eagles for taking on riser maintenance
c) Peter Leverett for continuing services as Music librarian
d) Pat Perridge as BABS Secretary

Barbershopper of the Year has very simple rules. Members of the club nominate individuals a few weeks before the AGM. On the evening of the AGM, the final ballot list is given to all members. Whoever receives the most votes wins.

Criteria for The Face Award

The winner is chosen by the Chorus Director for the member who performs the best on the Convention stage.

Individuals who have provided meritorious service to the Club may be awarded Hall of Fame Membership.

The list is reviewed and amended as necessary at each AGM and the current Hall of Fame Members are as follows:

Sign up for our newsletter to receive the latest news and event postings.