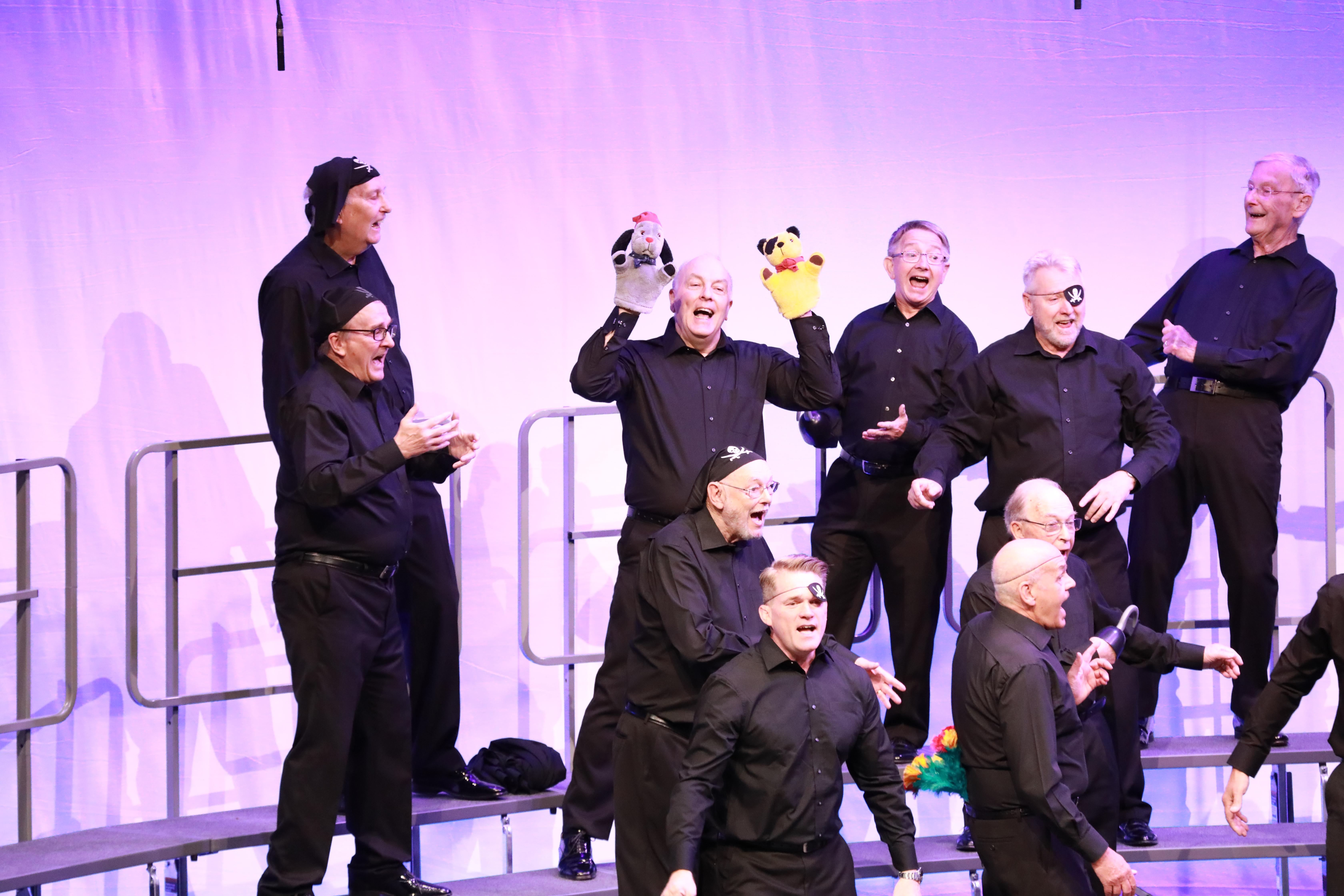 Barbershop singers from all over the UK converged on the attractive spa-town of Harrogate over the first Bank Holiday weekend in May to participate in the British Association of Barbershop Singers Annual Convention.  Because of the pandemic the events in 2020 & 2021 were cancelled and so there was a palpable sense of excitement as singers prepared to take part this year.  For TVC there were a number of firsts.  For our new Musical Director, Anne Fairbrother, this was her first experience of a Barbershop convention.  This was also the first Convention experience for two of our newer singers, David Jubb and Simon Cooper.
Our chorus leadership had put together an exciting package for our Convention performance. Our first song was the up-tempo ‘I’ve got a dream’, taken from Disney’s ‘Tangled’.  Alex de Bruin, our Deputy MD, had put together an inspired arrangement, incorporating a cleverly inserted parody section, (with due acknowledgement to US quartet Mainstreet).    Our MD, Anne, had desperately wanted to take us ‘out of our comfort zone’.  I think it’s safe to say that as we stepped across the contest risers with chorus members individually donning an assortment of eye-patches, pirate bandanas and sinister hooks her intention was achieved.  And this may have been the first ever Barbershop performance featuring Sooty & Sweep!  Any lingering doubts any members may have had about the plan were surely quelled as we heard the first audience laughter, early in the song.  Our front row hammed-up their little cameo pieces splendidly and the chorus choreography was handled with some aplomb. And at the end, as the song lyrics state, we did (well almost) hear the audience ‘yell and scream’.
Our second song, could not present more of a contrast.  ‘If I can Dream’ is a song that was made famous by Elvis Presley, and its lyrics have notable similarities with Martin Luther King’s 1963 ‘I have a Dream’ speech.  Presley recorded the song in 1968, just two months after King’s assassination.  So, with such a powerful message to convey it was important that as a chorus we got the delivery right. The reaction from the audience suggested that we had and it was very satisfying to notice members of the judging panel applauding as we left the stage.
TVC were one of the first choruses to sing and so we had a long wait, until almost 5pm to learn that we had scored a very pleasing 72.6% and were positioned in 6th place.
Having competed with two such challenging (in different ways) songs we were delighted to have delivered the plan with an entertaining and powerful performance.